find all our new events over on www.easytreesie.com. a huge thank you to all who contributed to all of our events which lead to the completion of our first woodland at seagrange park, june, 2018 - now beautifully fenced off as a haven for our local wildlife. the fence will be removed once the trees are established for a time.

Upcoming dates for tree academies - coming in the Autumn and planting parties on www.easytreesie.com 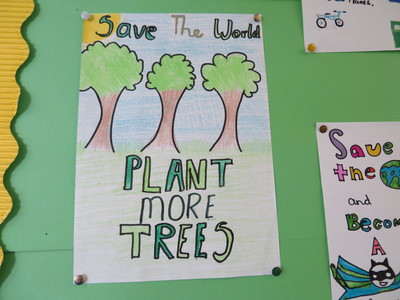 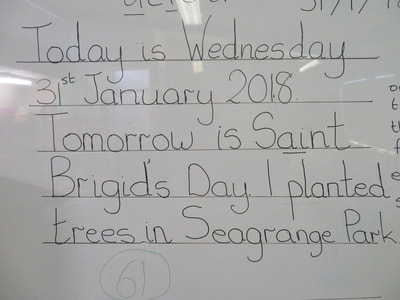 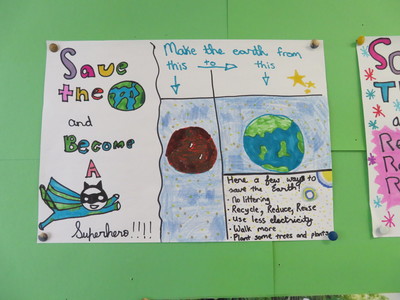 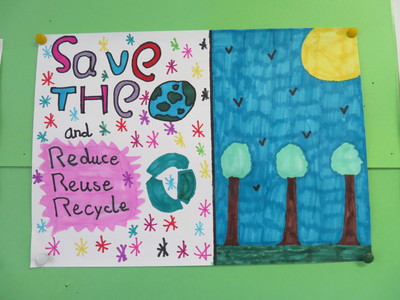 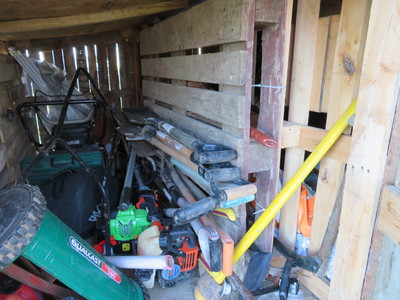 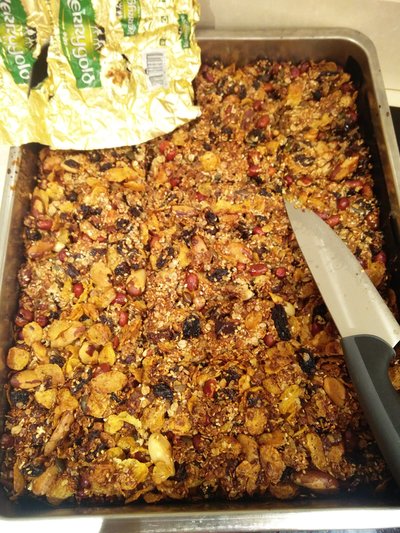 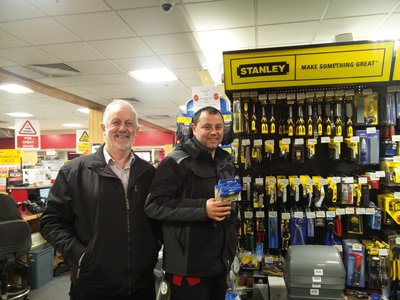 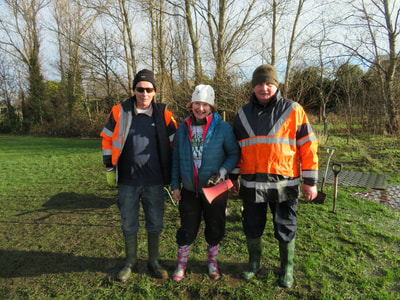 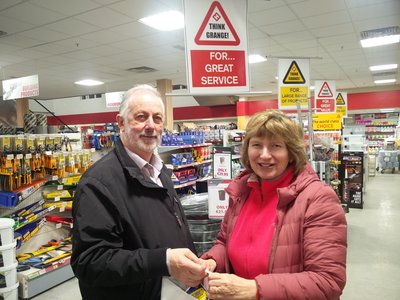 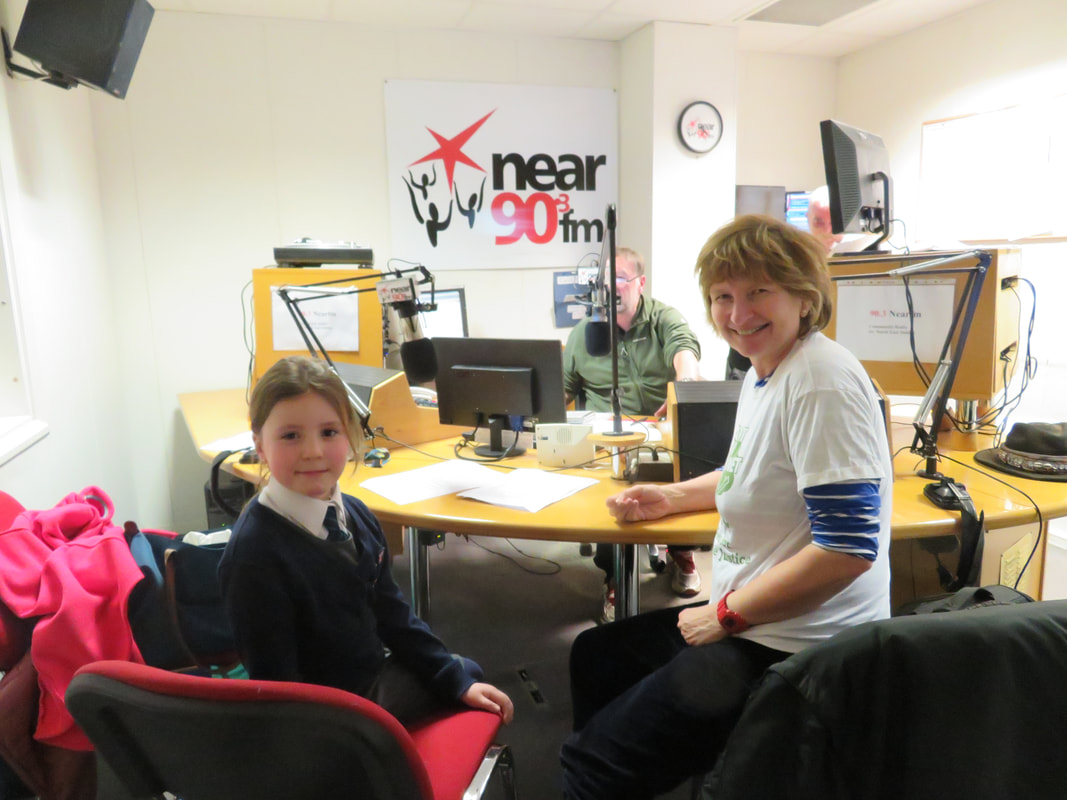 september 2017; Thanks to the directors of ireland's 22 education/teachers' centres

It was great to be welcomed to the conference of ATECI to introduce Ireland's million-tree project for children. We look forward to working with this key network to organise local planting of native trees on a phased basis.

we are through to eco-unesco's leinster presentation round! go team trees!

Here is our submission by our team to the Eco-Unesco awards. It would be great to win because lots of children would learn about how they can add to the UN Tree Counter!
Minister for Education and Skills Richard Bruton launched our team’s “Irish Tree Trail”, a free video field guide to our 28 native trees during National Tree Week 2017. These films support our team's UN-backed Plant-for-the-Planet goal; children plant one million trees in every country by 2020 - that's one for every school child in Ireland. Our school hosted Ireland's First Tree Academy, planting 300 trees in our local park on an icy January Saturday with children from the UK & US, where the Mayor of Fingal certified 50 UN Climate Ambassadors. Enjoy our 3-minute shorts made with the Tree Council showing which Irish trees will suit you to plant - our newest of 6 Irish Tiny Forests helps sort local flooding. Join children in over 100 countries with local authorities, environmental organisations & sponsors; Stop talking and start planting at easyas12tree.com.

The Irish Plant-for-the-Planet project got off to a flying start with the first ever Tree Academy to take place on the island of Ireland in the flagship Eco-School, St. Laurence’s in January of 2017. The weekend’s events began with the arrival of the UK team the day before the Academy, travelling in an all-electric Nissan LEAF along the shores of the UNESCO biosphere of Dublin Bay to the school located beside the Baldoyle estuary.
Our distinguished delegation from Hampshire, England, included highly experienced Climate Change Ambassadors Erin and Hannah, (14), parent and environmentalist Leonie and Co-ordinator of Plant-for-the-Planet UK Wendy. Our Ambassadors had not only been given leave to spend time away from their school, Rockwood School in Andover, but the school had sponsored the flights of the adults accompanying the girls. Furthermore these enterprising girls had fundraised for their own flight cost over months selling their own Tree-related designs at local craft fairs. The background to this exchange was the invitation by Wendy to Orla Farrell to join in the November 2016 Planting Parties at Andover. Orla, who had also visited the Plant-for-the-Planet HQ in Germany last summer with environmental scientist Dr. Owen Wilson, was really excited to learn how this city has established its extraordinary children’s forest, Harmony Woods, in collaboration with the local community and Plant-for-the-Planet expertise.
Chief Executive of the County of Fingal, Mr. Paul Reid, local Senator Aodhán O Riordáin and many distinguished guests including The Deputy Mayor, Cllr. Eoghan O Brien assembled for a tree-planting ceremony in the school’s “Tiny Forest”. This one- Are sized plantation (10 X 10m ) which the children dubbed their “WildAREness” is densely planted with native trees and wildflowers and helped the school win “Best Community Garden” recently. Much fun was had by all; the ground had a healthy quantity of earthworms adding to the entertainment.
The planting was preceded by a Green Flag-raising, where the school proudly hoisted its fifth green flag earned for Biodiversity as part of the hugely successful international Eco-Schools programme, in which 93% of all Irish schools participate.  Our Planting Action weekend continued with welcoming words from the school principal, Ms. Claire Finnerty, and preview of a film series made by the school’s Green Committee with the Tree Council of Ireland, “The Irish Tree Trail”. (http://easyas12tree.com/the-irish-tree-trail.html ) The cast of the film were dressed as the 28 Native Trees of Ireland and they joined older children, many of whom would attend the Academy, in a Tree Show featuring a presentation, poetry and songs written by the children. After all this excitement, refreshments including a mint-green cake were enjoyed by all and the afternoon programme ensued.
Our Ambassadors have developed an exciting module for children too young to attend the Academy. They trained-in an Irish team and put on a simple and interesting workshop for the 61 children aged 6 and 7 in the school’s First Classes. Our visitors were hugely impressed at the prior knowledge of the Irish pupils and their ease at such a young age in discussing environmental concepts.  Having been up at 4 a.m. it was a long day for our important guests but there was more to be done. We had been sent a generous donation from our local Lidl supermarket and we enjoyed a shopping spree for drinks, food and stationery for the Academy. We collected a further welcome donation from another local supermarket (Nolan’s of Clontarf) of large crates of Fruit Shoots. Our supplies were now ready for the big day, including our donation of superb gloves from local supporters, Grange Builders Providers. We paid a brief visit to Baldoyle Community Gardens to view the most recently-established of our two impressive tree nurseries situated in the magnificent Racecourse Park, adjacent to the school and after a short rest, enjoyed dinner with our International Team and a briefing on the World Game.

The Academy itself was an extremely enjoyable event; feedback from all concerned showed that the highlight of the day was the tree planting itself, closely followed by the arrival of the pizzas for lunch! It was a great treat for us to have not only such stellar representatives from Plant-for-the-Planet UK to assist us in our first endeavour but 2 children from the U.S. who were most impressed with the initiative and took the idea home with them to their schools in Baltimore, Maryland. All the participants greatly enjoyed the chance to make new friends, local and international. The most startling moment for many children was realising during the presentations how for Dublin, a coastal city, rising seas pose a real flooding threat to our citizens.  In a school where two of our past pupils tragically drowned in flooded rivers this is a sobering thought. We were flattered when Wendy made the comment that the standard of questioning was higher than at any previous Academy she had attended. In her view, the priority given to the Green Schools Programme has had a dramatic effect on the environmental awareness of the children she encountered at the Dublin event and she hopes it will be taken up more widely in the UK.
All participants benefited from the games and workshops during the day and we were very grateful to all the volunteers including the Chairwoman of the School’s Board of Management, Corinne, who attended with her tree-loving sons, both past-pupils of St. Laurence’s and keen young environmentalists. Among our many superb volunteers were Tree-Farmer Scary Mary and her daughters from Woolly Ward’s farm, and Consultant Climate Expert Dr. Evelyn Murphy.
We were very grateful to Fingal County Council and its Parks Department for providing us with trees, tools and best of all the expertise in leading the Planting Party. Wendy has sterling experience in giving the safety instructions and older and younger children were paired to best optimise the digging of holes. The location chosen is prone to flooding and the trees chosen were particularly suitable for the site, providing a solution for this problem. We were watched by one of the flocks of Brent Geese who regularly feed in the park.
The evening presentation was a great success, where children outlined projects they planned for their own schools and the solutions to the problems they had addressed; planting trees of course. The presentation was attended by many dignitaries including the Mayor of Fingal, Cllr. Darragh Butler who presented the New Ambassadors with their certification and warmly congratulated the young environmentalists for their good citizenry. Parents and grandparents, several of whom had come along earlier in the day to assist with the day’s events were enthusiastic in their praise of the efforts of all concerned.
Since the Academy much work has been done as follow-up. Our delegation met with that from the U.S. on Sunday at an informal brunch and these 2 young children brought their enthusiasm for our initiative across the Atlantic with them on the following day. The school has entered our initiative for several national competitions and we are currently in the top 20 primary schools in the country’s Sustainable Energy schools’ competition. We have twinned with schools in Cape Town and Johannesburg and are promoting the planting of a matching tree in the global south for every tree planted on Irish soil. We sent a delegation to these cities in February 2017, delivering gifts from Ireland of trees and to discuss co-operation for our mutual benefit. Our Minister for Education and Skills and the Chief Executive of the Tree Council of Ireland joined us in March for tree-planting activities and to launch our film guide to our Native Trees, an event which received national media attention.
A huge thanks to all concerned for the extraordinary help with these unique events. We hope ours will be the first of many Irish Plant-for-the-Planet Academies. As we say in Ireland, “Tús Maith Leath na h-Oibre”, or “A good Start is Half the Work”.

March 10th 2017...
Yet again we are in the top twenty schools in the country (Primary section) in the Sustainable Energy competition. Good luck to the team of four from third and sixth class, all now UN certified Climate Ambassadors. Win lose or draw, we are full steam ahead to plant our million trees by 2020. We have also entered the Eco-Unesco and An Taisce awards this month and look forward to another placing at the One World Awards later this month.
2017 Events
6th March
We launch our movie guide to Ireland's Native Trees, "The Irish Tree Trail", with Minister for Education and Skills, Richard Bruton and Éanna Ni Lamhna of the Tree Council
​
23 January, 2017
Planting Party@TreeAcademy
St. Laurence's Junior National School
Grange Road, Baldoyle,
D13 XE37 Dublin
Ireland
21 January
We welcome the County Manager of Fingal Co. Council and our Acting Mayor, with Senator Aodhán O Riardáin to a planting party and Green Flag Event. Our visiting UK Plant-for-the-Planet ambassadors give workshops to 61 First Class pupils and train our trainers.
For more info, click here.
Powered by